Chrissy moves into the dorms of Fawnermere and meets some very interesting roommates. 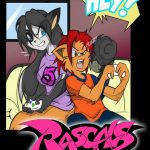 A suave student teacher has Chrissy in his sites. As plans for a romantic date with Chrissy goes awry. 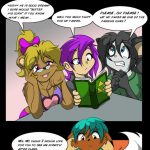 Reiko’s younger sister Jazmin hits the scene to challenger her to prove that she is the ultimate ninja. 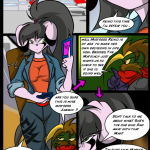 The gang hits the beach for some R&R but in the shadows, there lies some embarrassing photos of Reiko and Jazmin past 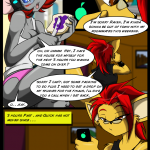 Chapter 5 : Liona on the scene

Liona, A childhood fling from Quicks past makes the scene that sends Chrissy into another jealous fit. 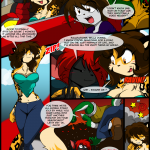 After Chrissy’s over dramatic exit the girls try to help her patch things up with Quick. while a mysterious person from Chrissy’s past drops in. 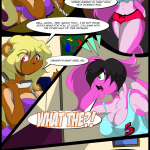 Chrissy shares a traumatizing experience she went through during her high school days. Also, Jazmin is pressured to sire grandkids for mother dearest. 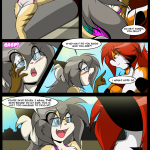 Chapter 8: The spice must flow

The girls try to help Liona with a very saucy scene for her next movie then, the gang takes a trip to a hot spring resort to enter Naomi’s fighting game tournament. 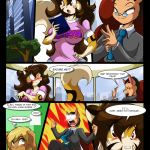 Chapter 9: Bun in the oven?

Liona has been feeling unwell lately and Chrissy wonders if she is pregnant. 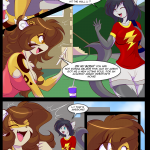 Chapter 10: A new fighter in the ring

Enter Isabella a strong woman who knows what she wants and Reiko is in her sights. 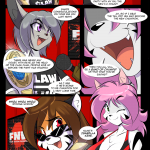 Quick and Jazmin learn more on the feelings they have for each other while Chrissy returns back home to connect with old friends also a three-way relationship is made under influence of alcohol. 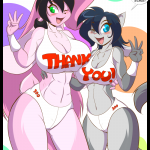 Months later, Liona and Nick visits Nick’s family. And Nick and Liona welcome their two twins into the world. 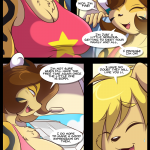 Chapter 13: Look to the future

After Graduation Skye wants to take his relationship with Reiko more seriously. But Reiko is afraid that having a family with be dangerous. 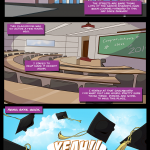 After Reiko takes an exit Amanda seeks to see if she can fill her top spot and TailZ. Zoey returns and connects with Chrissy to give her some advice to be Quick’s number one choice if it ever came down to him having to choose who he wants to be with. Also enter Shiro Jazmin’s fiancé?! 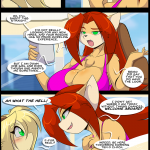 Amanda first day on the job makes her new enemies but also a new friend. Quick has a fun and very steamy night with Chrissy followed by another with Raven. And Chrissy and Amanda finally bury the hatchet. 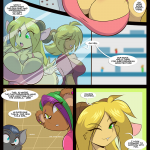 Chapter 16: Battle of the Sexes

Quick is in hot water when Chrissy finds out he had sex with Raven. Shiro finally comes clean with Jazmin. 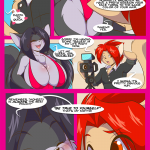